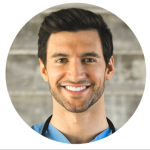 Father’s Day is just around the corner and it is never too early to get your ducks in a row and prepare for it.

It's always a good time receiving congratulations and the homemade Father's Day gifts. I can’t tell you how many drawings and coloring book pages I have acquired over the years.

Do you know the proper amount of time these should be hanging on the fridge or laying on my desk? I have learned that when you finally decide to toss this one of a kind artwork, you have to do so carefully.

I once had to convince a child that somehow the paper fell off the fridge and traveled across the room into the garbage. It didn’t go well.

There are always a few mandatory things that need to be done on Father’s Day or it just does not seem right. A few backyard games and a dandy cookout should be in the plans for time spent with the family. Just make sure you continue to eat healthily.

But if you are like most fathers, you are probably a movie buff that enjoys watching classic movies and checking out the new films coming out in the theaters. As a child growing up in a family of eleven, it was always a special treat to watch a movie with everyone together. And now that I am older and have a family of my own, it is still wonderful.

Below are ten movies, some unforgettable classics and others just arriving in theaters, that you should consider introducing to your family this Father’s Day.

There is something about the Dirty Dozen that makes it enjoyable to watch over and over again. This is probably not a movie you would watch with a toddler unless you want the toddler to become Lee Marvin later on in life. But it certainly is a film that can be watched with children 11 years old or older. There is violence in the film, but not as much as you would find on television nowadays. It came out in 1967, so how disturbing can it be?

The premise of the film is an interesting one. United States Army officials take 12 American military prisoners and make them a deal. Almost each of the prisoners (former military men) are basically waiting to be put to death. However, Lee Marvin’s character comes in and offers them a way out. If they successfully complete a secret mission against the Nazis and survive, they are free to go. If they die while trying to accomplish the mission, well, that is just tough luck.

The cast is an extraordinary one. Telly “Who Loves You, Baby” Savalas, Charles “Death Wish” Bronson, and Jim Brown are just a few of the legendary actors involved in The Dirty Dozen. In fact, Jim Brown retired at 30 years old from being the best football player in the NFL during filming so he could concentrate on acting. Interesting note, Lee Marvin’s character was originally to be portrayed by the icon John Wayne, but he turned it down to make the movie The Green Berets instead. Whoops!

Ever since the Star Wars franchise was purchased by Disney in 2012 for $4 billion, it seems there has been at least one related film coming out yearly. Solo will be available to see in theaters on Father’s Day if you are a Star Wars junkie. Many of us fathers were mere babies when Star Wars first came out, but it was the film trilogy to watch. Solo is based on Han Solo’s early years, even though the actor portraying a young Han Solo appears pretty close to Harrison Ford’s age when he first made Star Wars. In any case, if you are a father that likes intergalactic soap operas, Solo may be for you and your family on Father’s Day.

Directed by Ron Howard, Parenthood is a comedy film starring Steve Martin and displays the delicate relationships between parents and their children. It even shows what it is like as an adult and still managing a switched roles predicament with a senior parent. It is comedy and truth, and one that all the ages could find humorous. There are numerous characters in the film, so you and each member of your family will be able to relate to someone.

One of Robin Williams’ most classic films, Mrs. Doubtfire, is a family movie that will have everyone laughing. In fact, before Robin Williams passed away, a sequel to Mrs. Doubtfire was in the works. He plays a character that wants to spend more time with his kids, but he is prevented from doing so after a divorce. Of course, the simple way to solve the problem is to dress up as an old woman and become their new nanny. There are some family films that are tough to watch as a father because they are more geared towards kids, but Mrs. Doubtfire should be able to please everyone.

Remember back in the day when Eddie Murphy was the king of comedy? Somehow, when some people get rich and successful beyond their dreams, they lose the talent that brought them to the dance in the first place. This can often happen with comedians that lose touch. I am looking at you, Chevy Chase and Jerry Lewis.

Daddy Day Care put Eddie Murphy back on the map in the early 2000s. His character loses his job and is unsure what to do next. So he and his buddy start a daycare center out of his house and run a profitable business watching the neighborhood kids. However, crazy antics transpire frequently as the fathers lose control.

The Man Who Shot Liberty Valance

It wouldn’t be a Father’s Day without at least one John Wayne movie. The Man Who Shot Liberty Valance actually gives you both John Wayne and Jimmy Stewart. It is often overlooked when discussing John Wayne’s best films. He plays more of a supporting role, but his character frequently steals the show. Jimmy Stewarts’ character bravely stands up against evil and this leads to major future successes. However, things are not always what they appear.

You’ve probably seen enough of these Jurassic Park films that you pretty much know what to expect. Each one starts off with amazing discoveries about dinosaurs and technology, and then it goes on to always have humans getting attacked by out of control giant lizards. Still, they are always entertaining for adults and kids alike. This film debuts in theaters right around Father’s Day, so taking a family excursion to see it should be in the works.

Hollywood heavyweight Paul Newman stars in this classic film from 1967. Any movie starring Newman should be a good Father’s Day movie. Slap Shot and The Sting would also be acceptable to watch on this special day. Introducing your family to this legendary icon’s work is only going to broaden their knowledge of film classics.

Cool Hand Luke has so many amazing scenes that are just unforgettable, even if you have watched it ten times already, you will see something new. Luke gets sent to a prison chain gang after drunkenly cutting the heads off of parking meters. Right from the get-go, you realize quickly that the system is against him. Plus, he doesn’t exactly start off well with the other inmates. George Kennedy is a powerhouse in his role as the prison tough guy. The warden is tough on Luke through the entire film and famously states, “What we've got here is a failure to communicate.”

The Ghost and Mr. Chicken

To say Don Knotts was one of the funniest people that ever lived would be a huge understatement. His physical humor should be relished by people of all ages. His thin body could have used a bit more muscle mass, but it truly worked in Knotts’ favor. But just like with many things in life, we don’t appreciate it until we become older. I’m not sure about you, but I can watch The Andy Griffith show over and over again and still find pleasure in it.

The Ghost and Mr. Chicken is a good clean family comedy that will be enjoyed by all. It was perhaps Don Knotts’ best film role, and interesting enough the script was improved upon by Knotts and Andy Griffith rewriting scenes here and there throughout the movie. Knotts plays an underdog character often laughed at, but in time, he receives the respect he has always desired.

You cannot have a Father’s Day movie list without mentioning Rocky in it. The film that essentially started Sylvester Stallone’s movie career that has lasted for about four decades almost did not get made. Stallone wrote the screenplay for Rocky, but at the time, he was barely a blip on the radar of Hollywood. Stallone was essentially penniless and had to even sell his dog because he couldn’t afford to feed him any longer. Because of his situation in life at that moment, he looked a bit flabby in the first Rocky film compared to the rest of the franchise. Stallone’s own story is just as amazing as the Rocky character’s journey.

The studio was not interested in having Stallone play the role of Rocky. They loved the screenplay, though, and offered him hundreds of thousands of dollars for it if they could give it then to actors like Burt Reynolds and Ryan O’Neal. Stallone held fast and said he wanted to play the role of Rocky. Sticking to his guns led him to one of the most incredible careers in all show business.

Remember to celebrate Father’s Day with your entire family every year that you can. We didn’t do this often enough with my own father, and I regret not having spent more of these holidays in his presence. Although this day is named after you, it really is about emphasizing the bond of the family.